of jackfruits, mangoes, and load-shedding 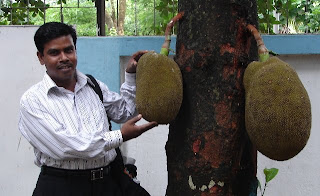 —what can I say—jackfruits, mangoes, litchees, and load-shedding. Several times per day, the power goes out at office, guesthouse, and friends’ apartments. Some have generators for fans and lights and some do not. Some computers have big battery backups and some do not. Blogging depends on local electricity as well as the connectivity to the server-provider, which may or may not have power.

These load-shedding levels are the worst that I have seen in my eight years of travel to and fresh mangoes do not ease my discomfort. Load-shedding is relatively new excuse for no work at the office and classes even though Bangladeshis have worked, studied, and lived for many years without electricity, computers, blogging, and such.

Poor people suffer even more during the day and at night. As one guest house staff member said, his choto chele (little baby boy) does not understand load-shedding, heat, and sweating when the baby wakes up in the night.

Load-shedding is an ongoing challenge for bideshis habituated to central air & air conditioning, nearly constant electricity, and a phone number to call when the lights-power go out. Load-shedding is an increasing challenge for some Bangladeshis and students who have tasted-experienced electricity, fans, and even some air conditioning as well as blogging. Meanwhile, their assorted governments have made some corrupted poor choices-investments in power plants-generation and failed to meet growing demands for power as well as provide stable links-submarine cable to the global net. 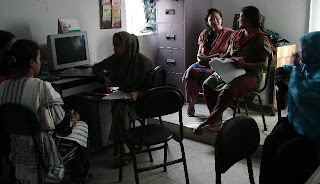 take back the tech